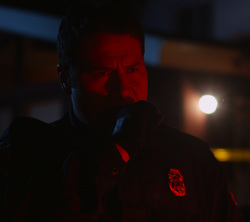 Shane approached acting in the late 90's by enrolling into a theatre program at a local community college. There he was cast in numerous plays. As a writer/director he has produced two features. In 2008, Shane premiered his first, The Model Father. A film he wrote, directed, produced, and edited. Then in 2009, Shane premiered a documentary called Craftsman Style. Both films have played to several sold out screenings throughout Michigan to much acclaim for their thoughtful approach to storytelling.
Shane also collaborated on two award winning features by Rebel Pictures, Fairview St. and Handlebar. Serving as producer, assistant director and actor. In Handlebar, Shane was co-writer and was nominated for Best Supporting Actor at the 2011 Detroit Independent Film Festival. Ashes of Eden was Shane's breakout film. He was again writer, director, producer and editor. A tour-de-force of powerful acting and compelling imagery. Produced in association with Collective Development Inc and Ahptic Film and Digital. Shane resides in Michigan, with his wife, on a small farm where he operates his production company, New House Entertainment. 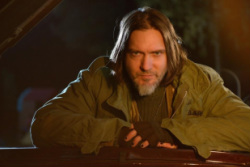 DJ Perry, Actor, Producer, Writer has built an impressive career in the entertainment industry. As CEO of Collective Development Inc. and as an independent producer he has overseen or assisted in the overall production of 30 plus feature films in all genres and in all formats. His award winning films such as Wicked Spring, An Ordinary Killer, Dean Teaster's Ghost Town, have been distributed throughout the world market. DJ has a reputation for delivering high quality product and staying on schedule and budget. In addition, he has produced major commercials for companies such as Toyota and JBL. As a writer, several of his scripts have been produced into feature length motion pictures and two of his screenplays "Dean Teaster's Ghost Town" (7 weeks as #1 western rental) and "Wild Michigan" have been novelized for publication and distribution via Alexander Books. He has several scripts in development for production with a variety of international companies. As an actor he has become one of the most sought out independent leading men, sharing the screen with many legends of the entertainment industry. He does so with a humble, appreciative attitude that makes him a draw in front of and behind the camera. 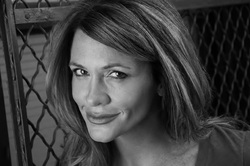 Melissa majored in Theatre with a minor in literature at CMU and WMU, but believes that study can only polish not make you an actor.  She feels the ability to separate from reality and become someone else for a glimpse is the truth in the craft.  Among various Theatre credits, her last to date was in 2008, where she played Gwendolyn Pigeon, mastering the British dialect in “The Odd Couple”. She joined the screen world immediately following, landing a supporting role in the HBO pilot, “Night Moves”. In 2009, she earned her SAG eligibility with films like “The Domino Effect” and since, has performed in 23 films, five television series, and several commercials.  She is an avid runner, which aids in concentration for character development, as well as maintains the ability to carry the intensity of a physically demanding role.

In 2002, Melissa was the Marketing Executive for ‘Metro Air Express’ where she led point on liaison between automotive dealers and suppliers playing a key role in the company’s launch. From there, she decided to follow her passion and joined, ‘YGTBKMA”, a skit driven television comedy series, where she spent two years writing, co-directing and performing. The experience gave her the inspiration to create, write, and produce the television pilot, ‘Paid Programming’. She currently owns, writes, produces, and performs in the live comedy troupe “Nobody Gets Us’ while working for Collective Development Inc. in product development and training under the company’s CEO in Film Production. 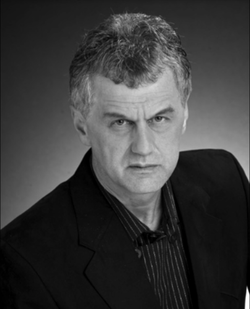 Dean's acting career started from a childhood experience watching his father act with Hollywood stars such as Burt Reynolds. From his childhood experience, his desire for acting began in Chicago with Holzer and Ridge Casting on films like "What Women Want", "Driven", "ER" and many others. He gained experience from these films that provided him the opportunity to land speaking roles. Mentored by Kennedy/Perry team from CDI, he soon learned that acting was the ability to (not act), but rather depict reality as though it was happening to you.


Teaster's background with accounting and managing large frame computer systems added value in producing motion pictures. He has developed on set accounting software that provides investors and production staff the ability to have (real-time) budget variances. He has co-produced, executive produced on several films and learned every facet of film making from pre-production to distribution contracts. Teaster is currently the chief operating officer for Lansing based CDI. He is also volunteering assistance to other productions in Michigan to help young film makers succeed. 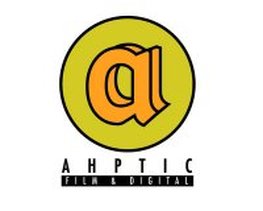 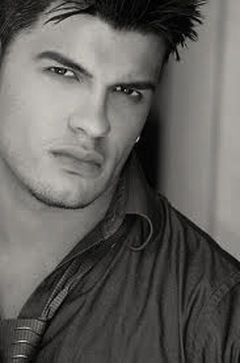 Carlucci Weyant made his debut as the male lead in the psychological thriller Karma: Crime. Passion. Reincarnation (2008), which premiered at the Cannes Film festival in May of 2008. Along with the subsequent extensive film offers based on his performance, his recognition led to numerous write ups in international newspapers and magazines including the widely known Hollywood Reporter and Variety magazine.

At just eighteen years old, he began his career as a model for many quality companies such as Gucci, Calvin Klein, Audiovox and Structure. An offer in an after-school family movie titled Scattered and Saved (2006), created the buzz about him as an actor. Shortly after, Carlucci received roles in the films The Memory Thief (2007), "The Young and the Restless" (1973), and Truly (1998).

A natural born net worker, he has built extensive networks and opened distribution channels from traditional marketing to cutting edge viral campaigns. Carlucci has formed teams of personnel to organize and implement marketing and development of various projects and services for a number of businesses in the entertainment industry. Carlucci brings a global position to projects along with distribution and production channels as well as a high degree of business savvy and corporate leadership experience including management, marketing, promotions, production and media.

This New York native is a classically trained actor and has relationships with some of the top minds in Hollywood, including foreign and domestic entertainment entities including A-list directors, producers and actors. Carlucci also acquires and develops future creative properties by utilizing his domestic and foreign connections, therefore exploiting the corporate brand in foreign territories.

In 2006, Carlucci opened Double Helix Entertainment along with famed actor Johnny Yong Bosch. He envisioned a production company to develop and produce original quality theatrical motion pictures that contained a lucrative genre and budget, maximizing initial company profits while minimizing the risks. Double Helix Entertainment is highly selective with projects that corresponds with the company's mantra to "Dream, Create and Inspire" the world of entertainment. 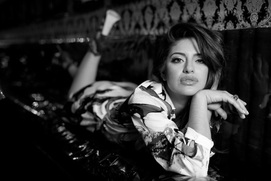 Born and raised in Houston, Texas, Mayra Leal started her career in 2004 at the age of 17 shooting local commercials. In 2008 she landed her first lead role in an episode of the National Geographic Channel series "Locked Up Abroad". It was then she realized that she wanted to tell stories the rest of her life.

In 2009 Mayra received a call to audition for the Robert Rodriguez directed action film, "Machete". She landed the role and worked alongside famed actors Danny Trejo and Steven Segal. Soon after she landed a role in an episode of the ABC series "The Deep End" directed by Timothy Busfield and earned the lead role of the black widow Blair in "Playing House".

In a very short time Ms. Leal has made a name for herself with regional filmmakers and earned the reputation as an up-and-comer on the national and as well as international stage. 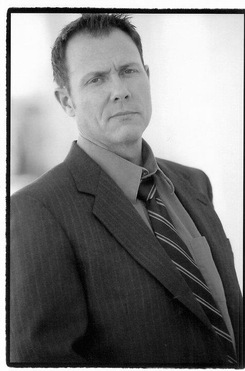 From full time photo double for mega star Bruce Willis to becoming an action star in his own movies…Michael lived and worked in Los Angeles for several years where he private coached with John Swanbeck (Kevin Spacey's acting coach), and studied with some of Hollywood's "A" list acting teachers who instilled in Michael a solid preparation and reading technique that have made Michael"s performances impressively real. Michael also worked in many national TV commercials, as well as starring in several movie and TV projects.

Michael's most impressive credit to date has him playing the lead role opposite Oscar winner Louis Gosset, Jr. InSONY/PROVIDENT's powerful new drama, "The Grace Card," released in theaters 2/25/11 (www.thegracecardmovie.com) where Michael is receiving rave reviews from critics like The Hollywood Reporter who said, "Actor-comedian Michael Joiner delivers a POWERFULLY INTENSE PERFORMANCE as 'Mac' MacDonald in The Grace Card!" 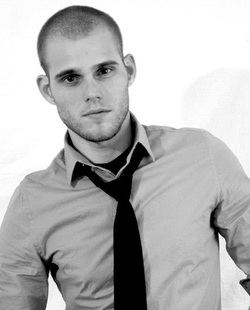 Steven Sutherland born and raised in Garden City, Michigan. Steven had dreams of acting from a young age. A self admitted class clown, he discovered his ability to perform; earning some early awards of academic achievement. This drive to succeed was further inspired my his father who noted that he believed his son would “be a great actor someday.” The production team of “Ashes of Eden” couldn’t agree more. 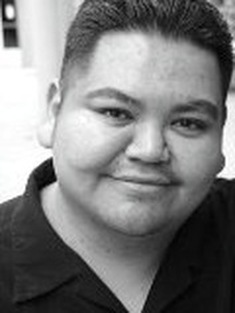 Josh Carrizales, a Texas native currently calling Grand Rapids, MI home has been cast as one of the film’s colorful antagonists. Josh has preformed in over 60 stage productions and is starting to build a great film resume within the state. 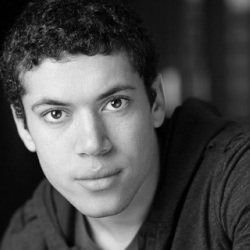 Bello Pizzimenti is a product of Michigan , born and raised in the small town of Ferndale and recently graduated from Western Michigan University with a degree in Musical Theatre Performance. He has been working in the Michigan film and television scene consistently since 2011, with two films currently entering the festival circuit and a couple episodes of "Lee Martin's The Midnight Hour" under his belt, but "Ashes of Eden" is his biggest project thus far. He is so excited to see what the future holds for "Ashes", and is so glad to be a part of this wonderful industry! 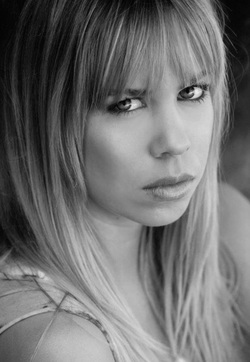 Abigail Mason was born in Lansing, Michigan, and her interest in "acting" started at the young age of 8. She had done over twenty theatre productions and musicals by the time she was 14. At the age of 15, she attended a talent convention and convinced her parents it was time to visit Los Angeles. Her visit to Los Angeles proved to be the right move as since she has been on such networks such as Fox, Disney, HBO, lifetime, Comedy Central, and was cast as the 16-year old lead of "Lyddie Cottrel" , in Michael Landon, Jr's, film, "Saving Sarah". "Lyddie" is a religiously devout young lady and the oldest child in a family of five Amish kids, who become orphaned. This project was such a positive experience in that it taught Abigail to enjoy not only the simple things in life such as snowball fights and the value of hard work, but also an overall respect of the Amish culture. It also afforded the opportunity for her to learn the Pennsylvania Dutch accent which she hopes to use again in the future. Abigail is drawn to projects that have strong character roles and that send a positive message to the audience. Any projects that involve her love of sports as well as animals is of great interest to her. 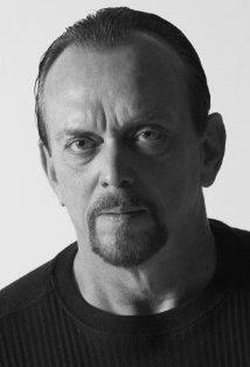